To learn more about the dark powers
of the Obeah Man visit
www.doktorlucifer.net 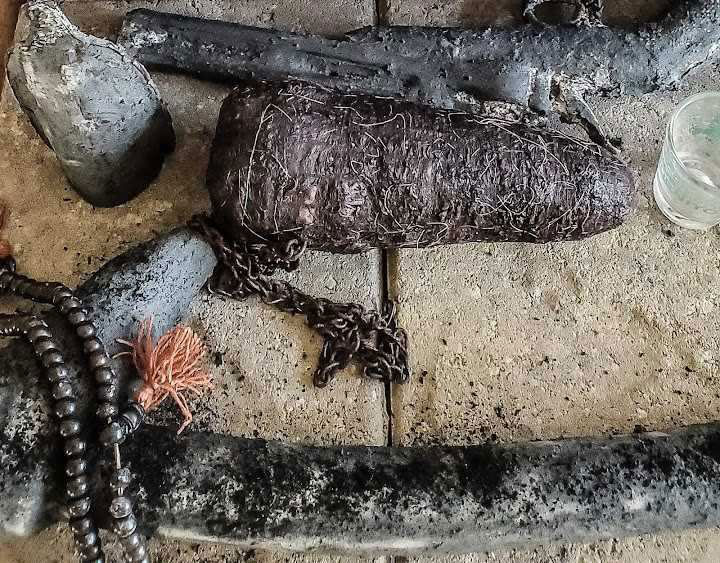 What follows is the most important Doktor Lucifer update for the new year of 2023. According to the Afro-Cuban Ifa letter of the year, the world spirit is transmitting to the human experience the divine energy of Otura Niko. Significantly, Otura Meji, and all it's composite signs, deal with the connection ancient West African mysteries have Sufi Islam and Hinduism. The dark religion Caribbean people call Obeah is where the Otura spiritual science is preserved in the African Diaspora.

Doktor Lucifer knows a great deal about Otura because it is the most prominent energy in his Hand of Ifa. As a messenger of Otura, in 2023 Doktor Lucifer will be teaching on his Patreon the rudiments of the Moorish branch of the Kabbalah that Afro-Caribbean witch doctors and shamans refer to as Obeah. According to Aleister Crowley and Kenneth Grant, Obeah is the Dark Secret taught in the High Degrees of the Illuminati. Aleister Crowley is said to have learn the Dark Secret from an extraterrestrial being named Aiwass. Crowley taught that Aiwass is Shaitan, the fallen angel that the Witch Doctors of Medieval Mali venerated as the Light Bringer. Amazing, Aiwass is also a Black Jinn of the Air element in the Islamic sects of Morocco, Mali, Ghana, West Africa. In the Tegare mysteries of Northern Ghana, some Jinn in the Aiwass line are dwarves that originate in ancient Bantu traditions India. These dwarves, which in Northern Ghana are specifically referred to as Mmotia and Genies, are summon everytime African Shamans and Witch Doctors use the ancient voodoo rites of the seven planetary spheres to worship Shiva, Vishnu, Krishna, Laskmi, etc.


Scholars and advanced practitioners alike attest to the fact that the necromantic branch of the Kabbalah nearly all Jamaican and Trinidadian occultists refer to as Obeah is of Ghanaian origin. According to Ghanaian Voodoo Priests, the a stellar mystery called Abosom is a direct continuation of the extraterrestrial lore that was revealed to the ancient Sumerians. This lore is also believed by some writers to be the true origin of the Indian Astrologer.

Make anything happen with the Dark Art of Conjuration.

In addition to being high priest of Obeah, Doktor Lucifer has been initiated into the Ghanaian or Akan mysteries identical to Hinduism and the more ancient stellar religion of the Annunaki. Doktor Lucifer will be teaching those who join his Patreon how to use Obeah to establish contact with the Annunaki, and take the Next Step in human evolution.

Join Doktor Lucifer's Patreon today and learn how to become your own demi-god and saint in full control of your Destiny. is a skilled practitioner of Black Magick Voodoo from Jamaica, Haiti, and Cuba.